Oof. Lots of pain. In the news. In friends’ lives. Just too much these past couple weeks.

In our own home, too, when Kevin and I just cannot communicate effectively or hear each other since we are fixated on getting heard and understood first. Built-up resentment. Disconnection.

I want to thank the two dudes who help me to pause. Drink in their juiciness, their innocence. Force my heavy heart to shift during those moments I gaze at them.

First of all, my Ellis. I have to confess that when I found out at your birth that you were, just as I had suspected, another boy, I thought you’d be Micah 2.0 and that it would be a case of, “Oh, I already have one of those at home!” Blessed but not as exciting.

Quite the contrary. You look nothing like your brother, for one. Although…you look exactly like my mom. You’ve shown yourself to be my first Ellis, my only Ellis. The roundest, cutest circle eyes like Puss in Boots and a comical pout. You are more anime than flesh and blood boy.

I have a tendency to record my harried moments with you guys more than the perfectly delicious moments.

Oh, how you both love John Mayer’s “Heartbreak Warfare.” You both squeal with delight and throw yourselves on our bed, entranced while the CD has a few second delay before the track begins. Ellis even beams and says, “shhhhhh!!” before the song comes on, with his little pointer finger to his pouty mouth.

A few weeks ago, you guys were so quiet, which I thought could only be a bad thing but when I walked into our bedroom and saw you both sitting on our high, King-sized bed, in deep thought. You were studying on your own, Micah his Jesus Storybook Bible that he loves so much, and Ellis staring at his Story of Easter book, at the page with the Asian family singing at church. Oh, my little Korean Flanders boys. What a sight. 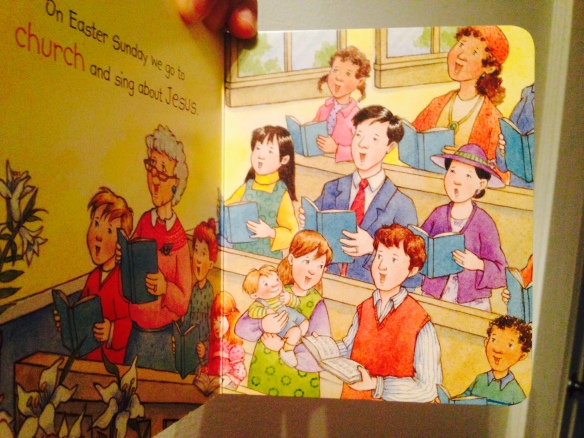 At that moment, I wanted to pull out another sibling from my womb just to see him/her perched along with you two, on the big spacious bed. Who am I kidding? There have been plenty of other moments, too.

It warms my heart to see you guys as best friends already. Even as you run around with other little cuties at the playground, no one is your Boy, like only your Bro can be. You hug each other so tightly that you end up on the floor of our lobby, with passersby having to go around the small heap of Korean boys.

You guys hug at least four times in the morning, as if Micah is going off to war instead of 2.5 hours of school.

I love that your second name is Baby. Actually, we hardly ever call you “Ellis.”

When I mentioned to Micah that Ellis cried at Mommy’s Women’s Bible Study meeting for the first time, Big Bro asked if it could have been because he missed his brother too much.

When Ellis accompanies me to pick up Micah from his school, Micah is so proud and announces, “This is my baby brother Eh-wiss!” as if the teachers and classmates hadn’t known that already.

I recently corrected Micah’s pronunciation of “Eh-wiss” but I do regret it now. Preschool speech need not be corrected in its unadulterated, adorably imperfect state.

You guys want to horse around so much that I paused mid-stroll to reconfigure the stroller seats so that you guys can face each other. Of course you guys promptly began to swat each other and kick, my two stooges.

You two imitate each other and yelp whenever you are reunited. Micah likes to do fake falls from his little scooter so Ellis started doing the same. Micah eggs Ellis on to say “Ahpuhdah!” (Korean for “it hurts!”) even though I ask him to at least give him a more positive message to mimic.

I never knew that brothers would bond this deeply and this early, while one is still a roly poly baby (at least in my mind). It is a type of cuteness that makes my teef itch.

I am blessed to be able to watch your moments daily. Feeds my soul though I do get crazed by all those spills.

I hug and kiss you guys about 77 times a day. Though Micah asks me, “Mommy, do you really love me?” almost everyday, I hope you do know that I am so very in love with you both.

Thank you for being my sons. You are my only Micah and my only Ellis. And I don’t mind one bit when you guys get obsessed with me because I know that I will yearn for these days soon enough.