Kevin was doubled over in the corner near the sanctuary at church yesterday.

On September 7th, the boys will be moving up in rank in their respective Sunday School classes. Since he will be turning two in October, Ellis will be officially stepping up from Nursery to the Giraffe Room and Micah, as a preschooler, from the Giraffe Room to the Elephant Room.

I had told Kevin that we should just drop off Littlest Kim in his future classroom so that he can get adjusted and have a Sunday or two where he can attend WITH hyung (Big Bro).

Kevin mumbled something about, “Well, he could poo so maybe I should stay,” and some other excuse like, “But will he be able to follow direction?” Kevin has been gifting me with time to go to service when one or both of the boys needed a parent during service time. (Though he is an altruistic and selfless dude and always has been, this act ain’t completely saintly, since I am much kinder after I’m fed a good sermon.)

Kevin was hesitant about sending off our baby to an actual Sunday School class instead of the baby nursery he’s been hanging out in during his entire church attendance. But Daddy had no choice because in one split second, Micah grabbed Ellis’ hand and they both walked into the Giraffe Room, without looking back even once. 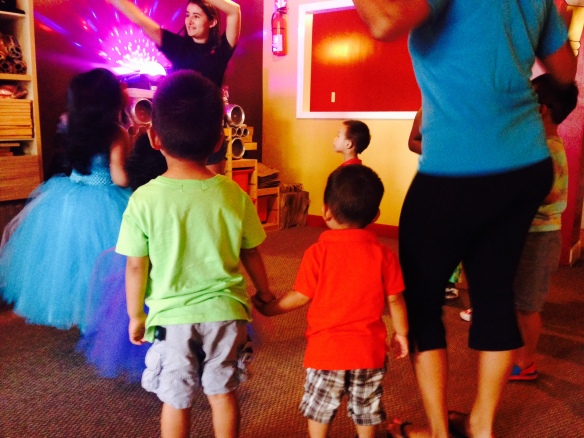 We kept peeking in to see if one or both may need Daddy to hang around.

Nope. They sat with their backs to the door and started coloring like it’s their job.

Just as I was thinking, “Wow, DO YOU KNOW WHAT THIS MEANS!?…that we have time to run out before service and grab me a Chicken Mushroom bun,” I looked over at Kevin who had literally doubled over in the corner like his appendix had burst, while carrying the diaper bag I had told him we didn’t need to bring in.

When he finally straightened himself out, I noticed that his eyes were red and he was breathing hard, with his hand over his heart. He was sheepish and laughing at himself but he managed to spit out, “But that’s my baby! He can’t be sitting in a classroom like that!? NO! I’m not ready.” He even confessed that the excuses he had made earlier about why Ellis should still stay in the nursery were bogus reasons.

As I processed this, I judged myself. Here I am, the mama, and I don’t even bat an eye when her baby marches right into the Bigger Kids’ room for the very first time without a parent. What’s wrong with me?

And then I realized it’s because of who he is. Sure, he’s the baby but he is pretty much P.I.M.P.: laughing after diving head FIRST off a steep slide, toddling up to all of our co-op staff to give multiple high-fives and daps, grabbing museum employees’ hands to carry him up so he can see an exhibit better when Mommy and Daddy were otherwise occupied, and singing along in the car.

Big Bro, on the other hand, was still wearing a drenched bib at age two, and would let other kids hit him as he stared wide-eyed, ever cautious and observing, always standing back and observing. I was emotional when HE, my only child at the time, was ready for Sunday School.

In other ways, though, Ellis seems like more of a baby than his big bro was at this age. After all, Micah had already become a big bro at 22 months old. But because of Ellis’ outgoing personality, he didn’t seem like he should be “confined” in the baby nursery any longer.

But Daddy had been the one who stayed with him in the church nursery on many a Sunday, when there weren’t enough volunteers to leave him with. Daddy was the one to witness Ellis still playing with the other babies and playing peek-a-boo from the communal pack n play.

This was the first Sunday in MONTHS where we were able to sit together to worship. I kept looking over at him and each time, Kevin was about to lose it. Tearing up, laughing at himself, taking deep breaths, then tearing up again, shaking his head.

You the Mom, SuperDad. When people told us that this ALL goes by so fast, I didn’t realize the specifics. FAST as in YOU ONLY HAVE THE FIRST THREE YEARS to attend Mommy-and-Me type activities together. TWO YEARS in the church nursery, apparently. After that, it’s school for a big chunk of the day and soon, birthday parties and baths on their own. NO WONDER parents are always chanting, “ENJOY EVERY MOMENT!”

I’m so glad that Kevin, our rock, was the one who was overcome with emotion this time.

A real man won’t be ashamed to get verklempt over his boy growing up.

A real man won’t be ashamed to weep and convulse when emotions hit deep.

A real man won’t be mad at his babies’ mama when she publishes this while he at the office. 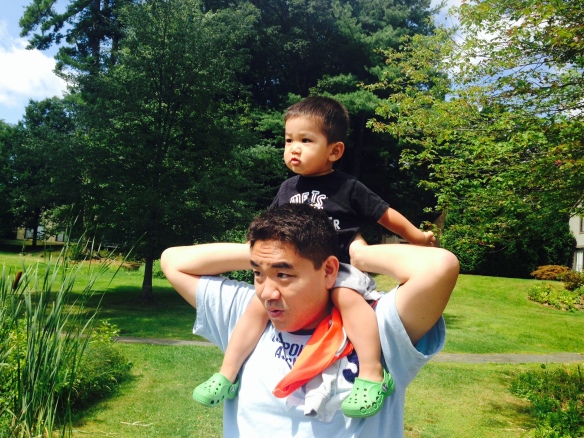 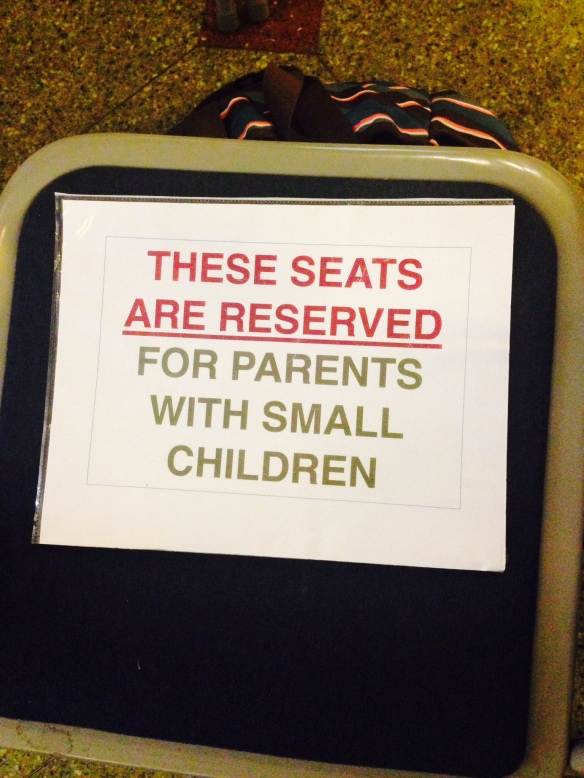 4 thoughts on “YOU the Mom, SuperDad!”