On 1.28.18, our Olive Tree turned eight months old.  I’m finally getting used to saying “my daughter.”  It seems like fake news that she ever lived inside of me even though I have pictures and witnesses.  She looks like both her brothers though lately, favoring Micah more.  I wondered aloud if she resembled Oliver Platt when she pouts but Kevin got offended.

She still looks a bit like Governor Christie, just like Micah resembled Paul Giamatti as an infant.

She joined our family when The Middle was 4.5 and Firstborn was 6.5 but to think of those years without her, with just the boys, seems odd and made up.

Everyone comments on her how serious she is.  Her stare game is strong.  Her gentleness is evident too as she coos and babbles and tries to suck on her own toes.

We never had to cry her out for sleep because she only cries when it’s an emergency.  I teased Kevin for jumping up to spring her, Mr. Let’s Cry Them Out When Newborn, Oops, Is That Too Early.  He claims he is not being easy on her because she is his little girl but that once he tried to ignore her cries and she had vomited a bit so she trained him early that she means business when she cries.

She loves to pull on glasses and grab noses.  She also loves to grab her brothers’ cheeks and wants to be included in play.  She is an old soul.  Her smiles and sighs still make me want to pass out from delight.

I recently read an unforgettable memoir called “When Breath Becomes Air.”  Dr. Paul Kalanithi blessed the world with this book before he passed away from Stage IV lung cancer at the age of 37.  His book took my breath away as he was clearly brilliant and unbelievably in touch with his mortality.

True, his intelligence was almost comical.  Laughably smart.  And as a neurosurgeon, his contributions to the world were quantifiable yet immeasurable.  Death does not discriminate.

I also happened to read this book when Olive was the EXACT SAME AGE as Dr. K’s own infant daughter.  Here is a message he wrote for his daughter before he passed away, before he had a chance to complete his memoir:

“When you come to one of the many moments in life where you must give an account of yourself, provide a ledger of what you have been, and done, and meant to the world, do not, I pray, discount that you filled a dying man’s days with a sated joy, a joy unknown to me in all my prior years, a joy that does not hunger for more and more but rests, satisfied.  In this time, right now, that is an enormous thing.”

If I may bite offa this brilliant man for a moment…

Olive, I hope we always remain as close as we are right now, as you peer into my eyes and beat my bosom as you nurse.  I know mothers and daughters are notorious for butting heads and not seeing eye to eye later, but please know that you were just a daydream of mine until God deposited you in my 39.999 year old womb.  Unlike Dr. K, I *had* known a joy like this in prior years, through your brothers, but I didn’t know that I would get to experience this again, for what must be the last time.  Please know that when your not-young mom swings you at the freezing playground, she still resists the urge to lift her mittened-hands to the heavens in gratitude and in awe of you.  (I also don’t lift my hands because I got to spot you on the baby swing.)

Olive you.  I hope I get to be around for a LONG time.  To see my Olive tree grow.

Thank you, Dr. PK, for sharing your story with us and reminding me again that every gummy, babbling, suddenly-not-sleeping-through-the-night, pudgy-cheeked, breast-pumping-at-work-during-appointed-time-slots, moment is a gift. 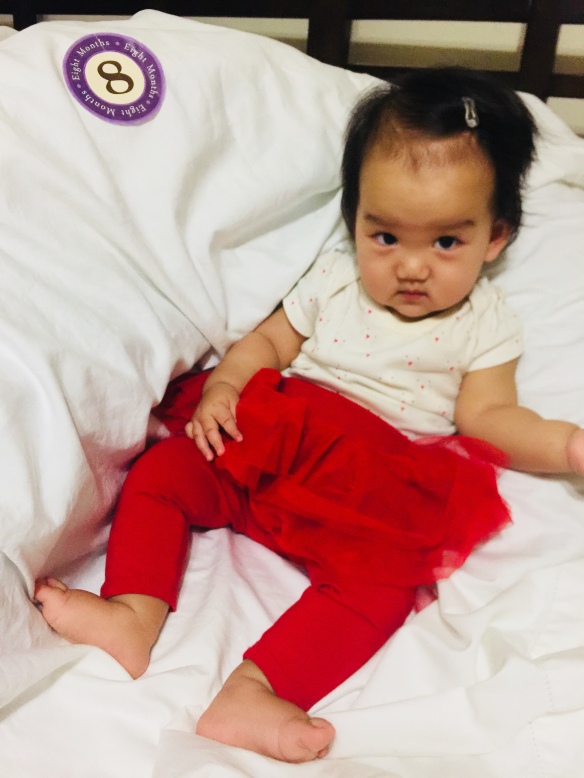 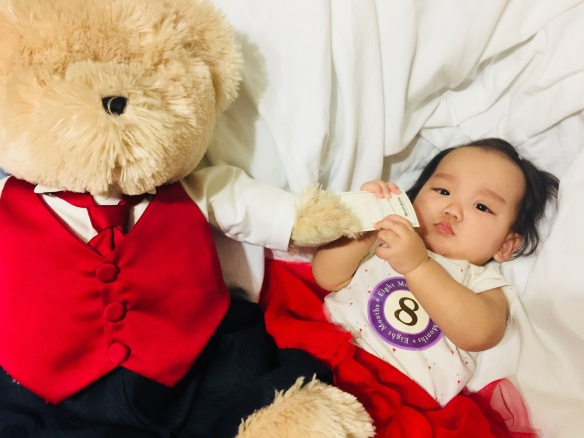