I used to get embarrassed for folks who were all, “It’s my birfday!  We gotta go out for my birfday!”  I was like, “You turning 38, don’t act thirsty for a bouncy house or a tiara.  Have several seats and act grown!”

Living in the age of social media, I see more stories of lives taken too soon and those asking for prayer for health problems.  So, as I get older, fully FEELING how everyday is a gift, I want to celebrate everything. (And I repent my previous years of judging the birthday-thirsty).

Though I didn’t get a chance to reflect some more about my big 4-0 (beyond the previous blog post written when I was a tender 39) or set any goals for the new decade, I wanted to share a couple favorite moments.

Kevin took two days off and drove us to one of my fave spots on the eve of my birthday.  Storm King:  one of the world’s leading sculpture parks in the lower Hudson Valley, about an hour north of NYC.  (We also stopped by the tiny Socrates Sculpture Park in Queens on my actual birthday the next day, but that was a drive-by half-hour visit, after dropping by the gorgeous waterfront Costco in LIC next door, before escaping the city again).

Being outdoors in nature is one of the most life-giving gifts for this California gal.  I would love to hike and swim all year long, nekked if I could.  The boys took me to Storm King so that I can trade in all that car-honking in Queens for some geese-honking.  (Actually, even the geese of Storm King were very quiet.)

We took a 40-minute shuttle ride around the grounds.  While it was lovely, it was not restful or peaceful because I sat next to Ellis the Clown who would exclaim after placing various objects on my body, “Mommy, guess wha-a-at?  You have a rock on your shoulder!  Why don’t you pretend to throw it?  ahahahahahah you still have a rock on your shoulder!  Mommy, do you think I’m going to throw this bottle out or do you think I’m going to just pretend?  Litterbug or just pretend?”

So I had to monitor this charming but handful of a dude.  Later, Kevin wanted to gift me with a solitary ride in the same shuttle.  “Hey, you loved riding alone last time.  You have to do it again.  If you run, you can catch the last one and I’ll take these fools around to wrestle on the grass.”

I was torn for a second because I wanted to spend every moment with my morsels on my last day of being 39 (yes, I am SUPER sentimental).  But I caught a front row seat on the shuttle, all by myself.

As the shuttle took off, I heard, “MOMMY MOMMY!” coming from a tower.  I looked up and saw my three boys, Small, Medium and Large, sending me off on my 40 minutes of solo time.  They were beaming and waving at me from behind the trees, like I was going off to Seoul to teach English for a year rather than just 40 minutes away.

Naturally, I waved back like a maniac and teared up, thinking about how close we are as a family, perhaps due to the very thing that grieves me, the lack of an extended family village.  Also, memories came gushing forth, memories of when I was a 100% stay-at-home mom for a full 4.5 years, those years of being each others’ planets.

And now look at them, my emoji comedian who can moonlight as a food inspector as he WILL find even the smallest hair in any takeout order or couch cushion, my observant and profound MLK, who says things that make my mouth drop to the floor (“I still dream of Nepal, Mommy.  What’s going on over there now?”) and my husband, my biggest supporter and encourager, who also says things that make me go WHAT!?…(“Hey, so I’m not gonna wear shorts any more because I saw Pitbull.  THAT dude looks SO cool in his suits, like he would never ever be caught dead wearing shorts.  It’s just beneath him.”)

During my 37-minute shuttle ride, I relished in the quiet, thanked God over and over again for my gifts, and lifted up a few prayers for my new decade.  As we drove past the last few sculptures, I saw some masterpieces GALLOP past me!

It was my family, about to climb one of the viewing towers as we shuttlers watched.  The boys shyly waved at me.

It was a perfect moment I hope to replay over and over again.  This shuttle taking me around to each giant monument on the 500 acres was perfect for my 40th as I remembered the monuments in my own life, and admired the three greatest ones, now literally on display for me to gaze at. 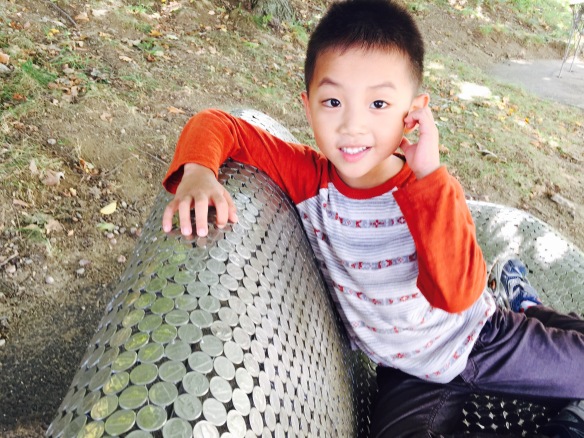 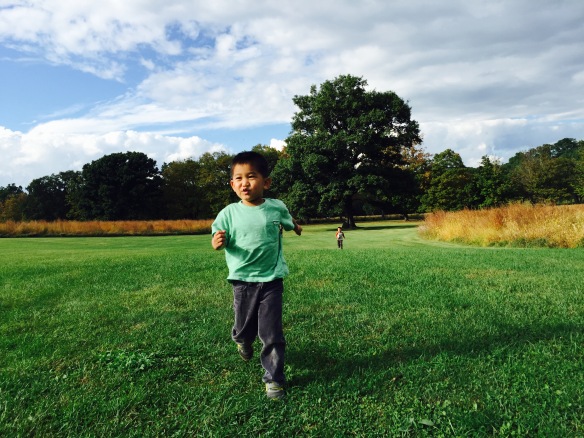 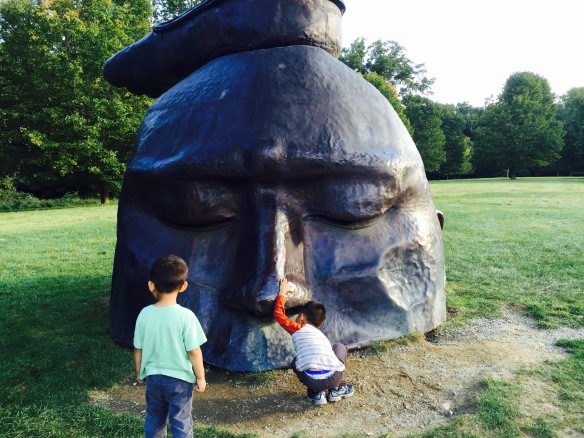 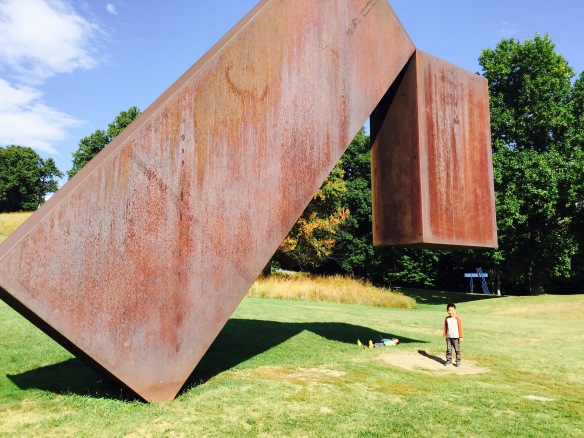 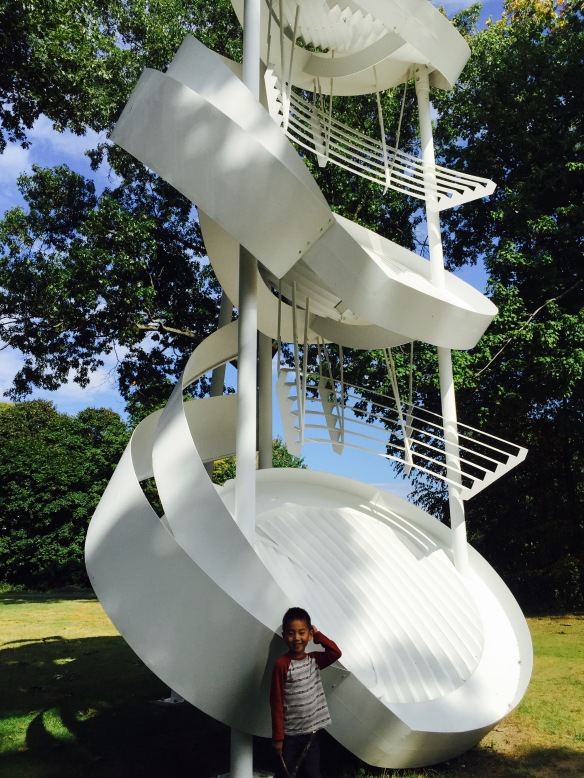 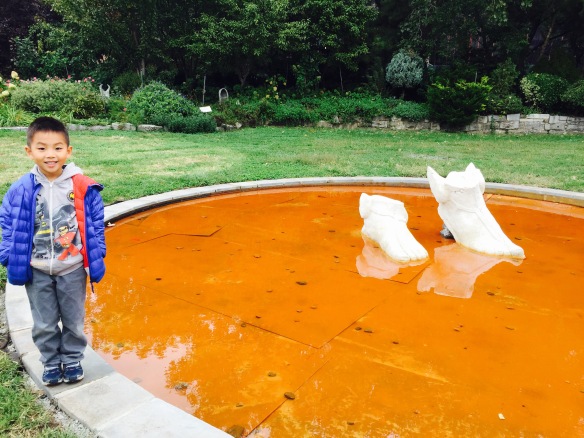